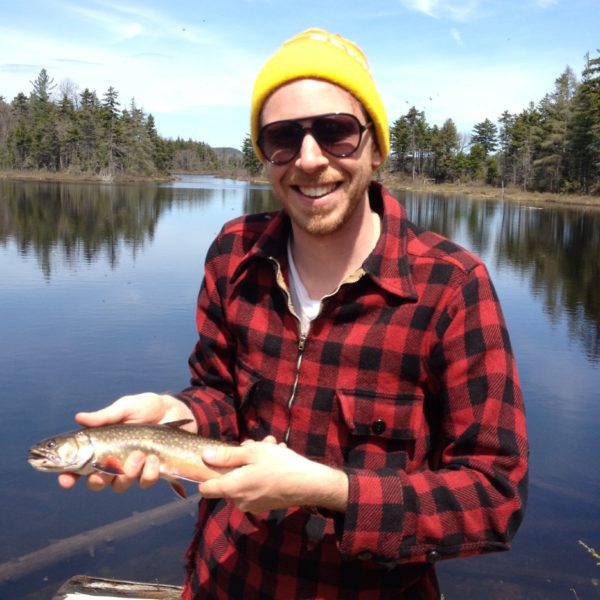 Fish growth and degree-days: Advice for selecting base temperatures in both within- and among-lake studies (2013 MSc)

Ectotherm growth and development are largely a function of temperature. Within the range of thermal tolerance, growth and development increases linearly over a mid-range of temperatures. Degree-days (DD; ºC·days) are a method of quantifying the thermal experience of an organism over the linear range and are an increasingly popular method for describing growth and development in fish. To limit degree-day calculations to temperatures within the linear range, a lower temperature threshold (To) is incorporated that defines the onset of growth. However, there is currently no convention for choosing To and the implications of choosing an inappropriate To are largely unknown. This uncertainty has resulted in a wide range of To values currently in use both among- and within-species. In this thesis I explore i) how To affects the ability of DD to explain within-population variation in fish growth, and ii) the effect of To on apparent growth among populations in thermally dissimilar environments. To address these objectives, I first use simulated data to determine the theoretical relationship between To and growth. I then demonstrate these theoretical relationships using immature length-at-age data from 8 species and 85 waterbodies in Minnesota USA and Ontario Canada. My results show that DD at low To are highly correlated and that these highly correlated low To values explain variation in growth equally well within a single population. Furthermore, growth rates among populations of thermally dissimilar habitat become increasingly dissimilar as To deviates from the To that minimizes the variation in growth rate among populations. This effect is especially apparent when the among-population range in thermal habitats is large. These findings suggest that, although To matters little when accounting for variation in growth within a single population, an inappropriate To can lead to the appearance of among-population differences in growth. When choosing To, I recommend estimating To using the Charnov and Gillooly (2003) “10ºC rule” and then rounding to the nearest To standard (0, 5, 10 and 15ºC). Choosing a To standard in this way will minimize the effect of To error on growth bias in among-population studies. In general, standardization i) simplifies To identification, ii) facilitates comparative studies, and ii) promotes the use of DD in future studies.

Chezik KA, NP Lester, PA Venturelli (2014a) Fish growth and degree-days I: selecting a base temperature for a within-population study. Canadian Journal of Fisheries and Aquatic Sciences 71:47-55