We have observed this star with the Ball State University Observatory (BSUO) 20-inch (0.6-m) telescope in the B, V, and Rc bandpasses. All stellar photometry is performed by the AstroImageJ (AIJ) software package. All photometry is performed with similar ensemble stars. If a calibrated magnitude for a comparison star is known, then it is used by AIJ to calibrate the magnitude for the target star. Folded light curves are shown for B, V, and Rc in Figure 2. 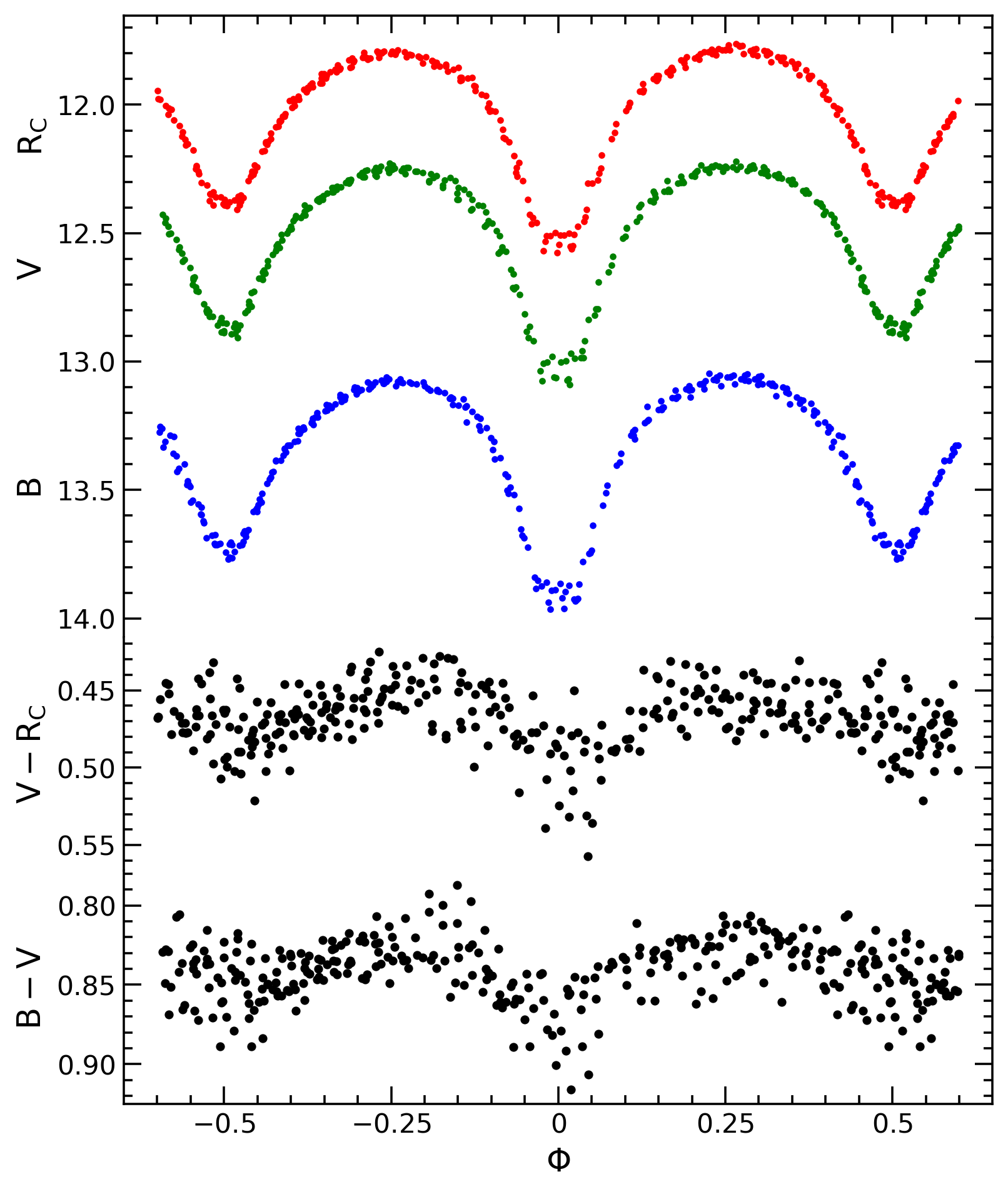 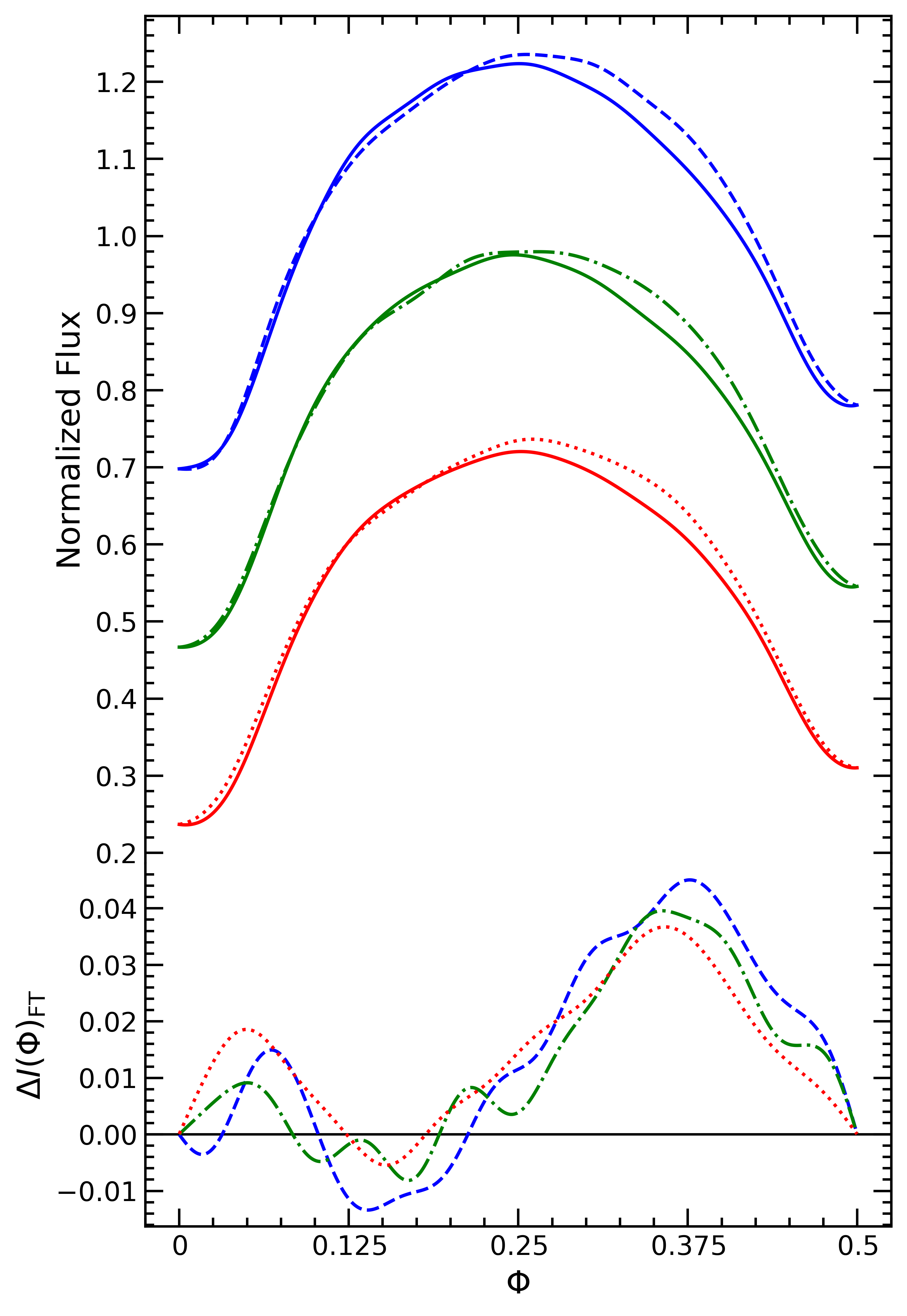